Coastal Kitchen is having a Lobster Pot Night on Monday July 2, 2018 from 4-10 PM. This is a special event to celebrate lobster, and it’s a full menu including: 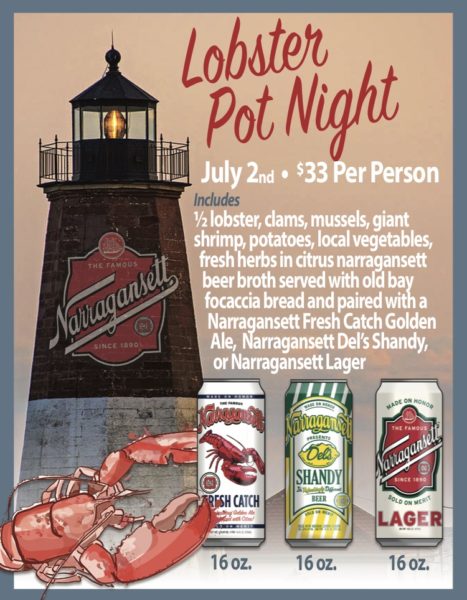 If you aren’t into lobster, our regular menu is also available.

Lobster isn’t just a fad, there are several health benefits to consuming a crustacean once in a while:

So now you know that lobster doesn’t just taste good, but it’s also good for you! If you haven’t enjoyed lobster in a while, come to Coastal Kitchen on July 2 and join us for Lobster Pot Night. Your taste buds and your body will thank you!